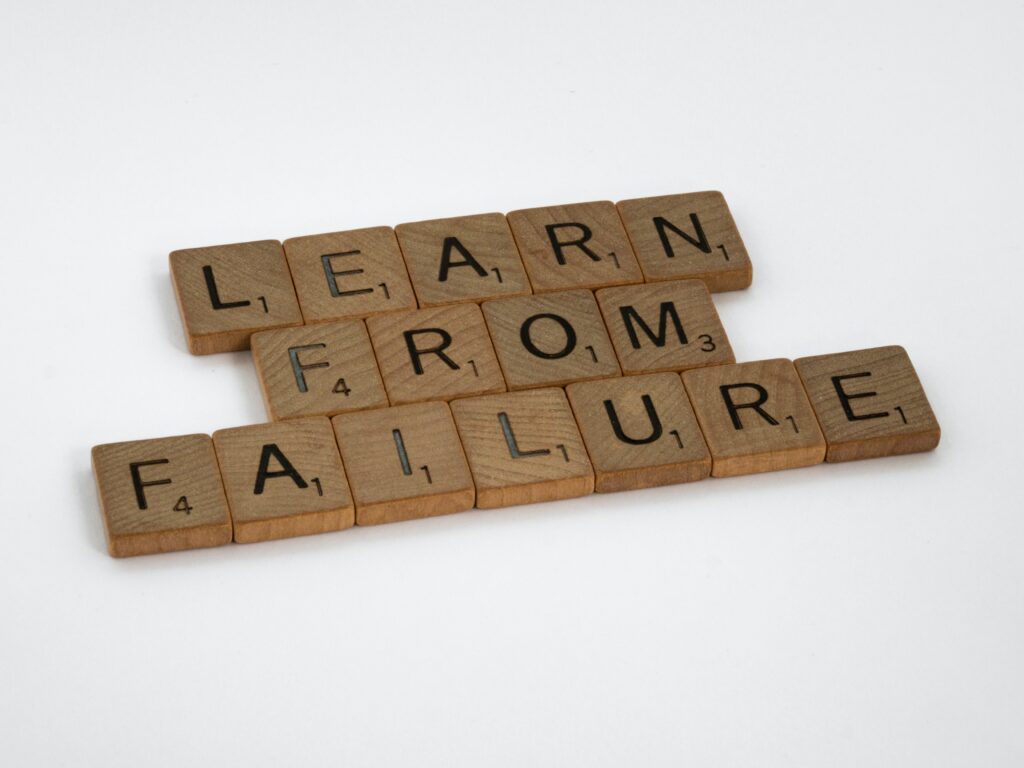 Divorce is a very difficult process that many people don’t want to go through.

However, if you are in a situation where divorce is your only option, it’s important to make sure that you do everything properly.

When you are considering divorce, it can be difficult to know what mistakes in divorce not to make.

There are many mistakes that couples will make during this process as they are not used to this. We have also covered an exclusive article for ‘what not to do in a mutual divorce‘.

Know what not to do in mutual divorce

Below are 10 common mistakes made by divorcing couples and what they can do to avoid them:

1. Not having a plan for your children – child custody, visitation rights, etc.

If you have children, make sure that you create a plan for them before the process even begins so their lives are not disrupted too much by this change.

The most common mistake is when one spouse takes all of the rights and responsibilities away from the other parent to provide better opportunities for themselves.

Most couples will have to reach an agreement between themselves on how their children should be cared for and spend time with each other if they do not share custody of the child/ren.

If you are facing divorce, it’s important that you take this into consideration so as not to leave your children in the middle of this difficult process.

2. Fighting over money and property

Who doesn’t want money or assets to live a happy life? But at what cost?

There are a lot of couples who end up fighting over money and property during their divorce. This will not be helpful for anyone at all.

This is one of the biggest mistakes that can happen to you if you don’t want to ruin your life financially or mentally.

If this happens, make sure you have an advocate or mediator on board with the situation so they can help negotiate these things without either party feeling like they’re being taken advantage of in any way.

3. Telling friends and family too much – misusing social media

The other common mistake is telling friends and family too much and misusing social media when going through such a difficult process as a divorce.

Some people’s biggest mistake is telling their friends or the in-laws about every little detail.

This might be a good idea because they want to share with someone who cares for them but it can also create more problems than what is solved.

When couples talk about everything that has happened during the divorce process, then they’re opening themselves up to criticism from those around them or even an attack on one of the spouses in the society or online via social media.

If you feel like your life would benefit from talking through things with a friend, give yourself time limits and try not to tell anyone else anything other than general statements at all.

It will make sure that no one takes advantage of you and your situation.

This is a difficult time for everyone involved, so it’s important to be careful with how much information you’re sharing.

4. Expecting to get back everything that was yours before divorce

The marriage is a beautiful journey, but it should be a happy marriage.

During this journey of life, a couple shares almost every single thing whether it is a personal feeling or a physical asset.

No doubt you have a right to take all that you own but it’s not advisable.

If you want to save a happy life, then don’t take everything that also belongs to the other person, if that thing is very important to him/her.

It is better to live happily after a divorce than living miserably for your whole life, so don’t take any such decision which might make you feel selfish later on.

Wait until the end of proceedings before making any decisions on property division or monetary assets distribution as these can be altered according to what happens during the process.

5. Not having an advocate – You need someone to represent you in court

If you are a party to the divorce proceedings or any legal proceedings for that matter, then you need someone to represent your interests in court.

There are several legal complications that must be followed and those are not a cup of tea for a layman. You will never want the divorce proceeding to be affected because of a mere lack of legal knowledge.

It is advisable not to go for it alone and try to do everything on your own as both parties will have different opinions about what should be done with regards to property distribution or child custody or maintenance.

A good advocate can also help provide emotional support during this difficult time which requires much courage and strength.

During a mutual divorce, the overall fee of an advocate is not much but expect a higher fee if you are going for a contested divorce.6. Turning the kids against one another

Some parents turn to their children in an effort to control and manipulate them. This is a common mistake, as it does not work out well for any parties involved.

Kids may feel caught between loyalty to a parent or disloyalty which leads them to feel guilty and confused. Often times they will withdraw from both of you because there is no way for either person to make amends with each other without sacrificing something else (e.g., parental time).

This is known as parental alienation.

The best way to avoid this misstep during and post-divorce, if possible, is for both parents to put their children’s needs above all else.

If you can’t agree with your ex about what would be in the child’s best interest (e.g., whether or not they should attend therapy), then one of you will need to go through official channels such as family court so that an unbiased decision may be made on behalf of the child considering the welfare of the child.

7. Putting all responsibility on one parent

The biggest mistake most parents make when it comes to divorce is where they put the responsibility for raising their children.

One must not put all the basic responsibilities upon a single parent just because that one parent is not countering any condition or that parent loves the child more.

This is fair for the child and will help make sure that they are not bullied by one parent just because they have more money.

If both parents love their children equally, then there should be no difference in how each of them spends time with the kids.

Parental responsibility includes financial support, medical care, protection from physical or sexual abuse among other things. If a divorce takes place at all it would be better if both parties could agree on who will take control of different aspects when it comes to parenting as this way, there won’t be any unnecessary miscommunication which can lead to tension between the two people involved and also affect future relations with the child being brought up in such an environment.

8. Focusing on the negatives instead of looking at what you gained from the relationship – like independence, new friends, etc.

Some people have a tendency to focus on the negatives of their divorce instead of what they gained from it.

For example, some think that they lost money in the process or feel like things are never going to be as awesome as before and look at life with a negative attitude.

But if you’ve left an unhealthy relationship and got your independence back, then this is something worth celebrating!

You also might not know how much better off financially you’ll be since one income would go towards expenses that two incomes didn’t cover. With all these benefits, there’s no reason why anyone shouldn’t try to stay positive about their future after separation or divorce proceedings have begun.

You may want to save your marriage, but don’t forget about all the other benefits you had before.

Your retirement plan and life insurance policy should not be ignored just because of marital troubles.

If possible, try to stay on good terms with your spouse as much as possible about these things in order for them not to become something that creates more tension or resentment between you two.

The tax implications of divorce can be a tricky thing to navigate.

That’s why it’s important for you to hire someone who has experience in taking care of these details and consulting them about how your finances will change after the dissolution is finalised, because not doing so could result in costly mistakes down the line.

Retirement benefits are also something that many people don’t think much about until they’re on their way out, but if you have a retirement account with any value at all then this needs to be taken into consideration during divorce proceedings as well.

Similarly, life insurance policies need to be divided up between spouses if there are any involved-and again, while this might seem like a detail only relevant when planning death rituals, these policies must not become a reason to refresh all the ugly fights and differences.

10. Giving up too early – The biggest mistake in divorce

One must not give up too early in any legal proceedings that too in divorce cases.

Be prepared to fight a long tiring battle – costing you mentally or financially.

But remember the result at the end of this which is peace of mind.

Hire a good advocate – prepare a marital settlement agreement – try to go for a mutual consent divorce – make sure about who takes care of the child and finances – if all these are done right, no need to think about giving up.

So, pre-planning as well as maintaining a good temper is the key to a healthy and divorce.

Divorce is the solution to end a marriage and go separate ways. One must be aware of what mistakes they are making during this process so that there will not be any future regret.

Mistakes like not taking child custody or maintenance into consideration, taking tax implications lightly, not hiring any advocate and trying to do everything oneself without help from others, using social media for shaming in-laws when it has nothing to do with them, giving up too early, etc.

If one manages these things carefully then divorce would work out well and no need to worry about anything else at all after going through the trouble of getting divorced.

Remember – the most important point is to hire a reliable legal representative. Divorce is one of the phases of life and not life itself.

5 Challenges to Face In A Life After Divorce: Learn Some magical tips

The most important question which a couple would think while finalising on divorce is – What will be life after divorce? and how to make 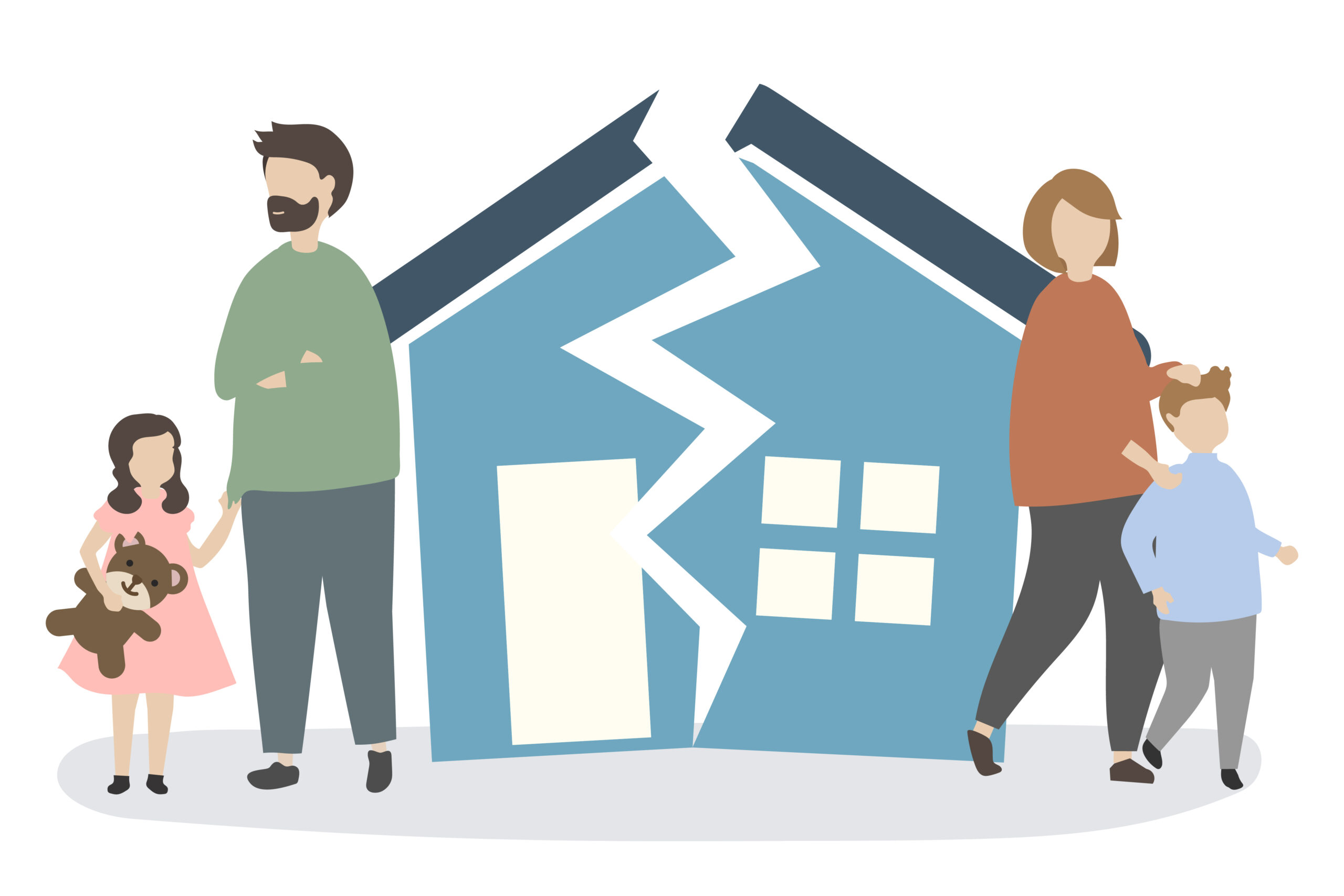 Divorce Support: How to tell your children about your divorce?

It’s not going to be an easy situation to deal with but you have to keep your differences aside so as to make your children accept the news in peace and harmony. 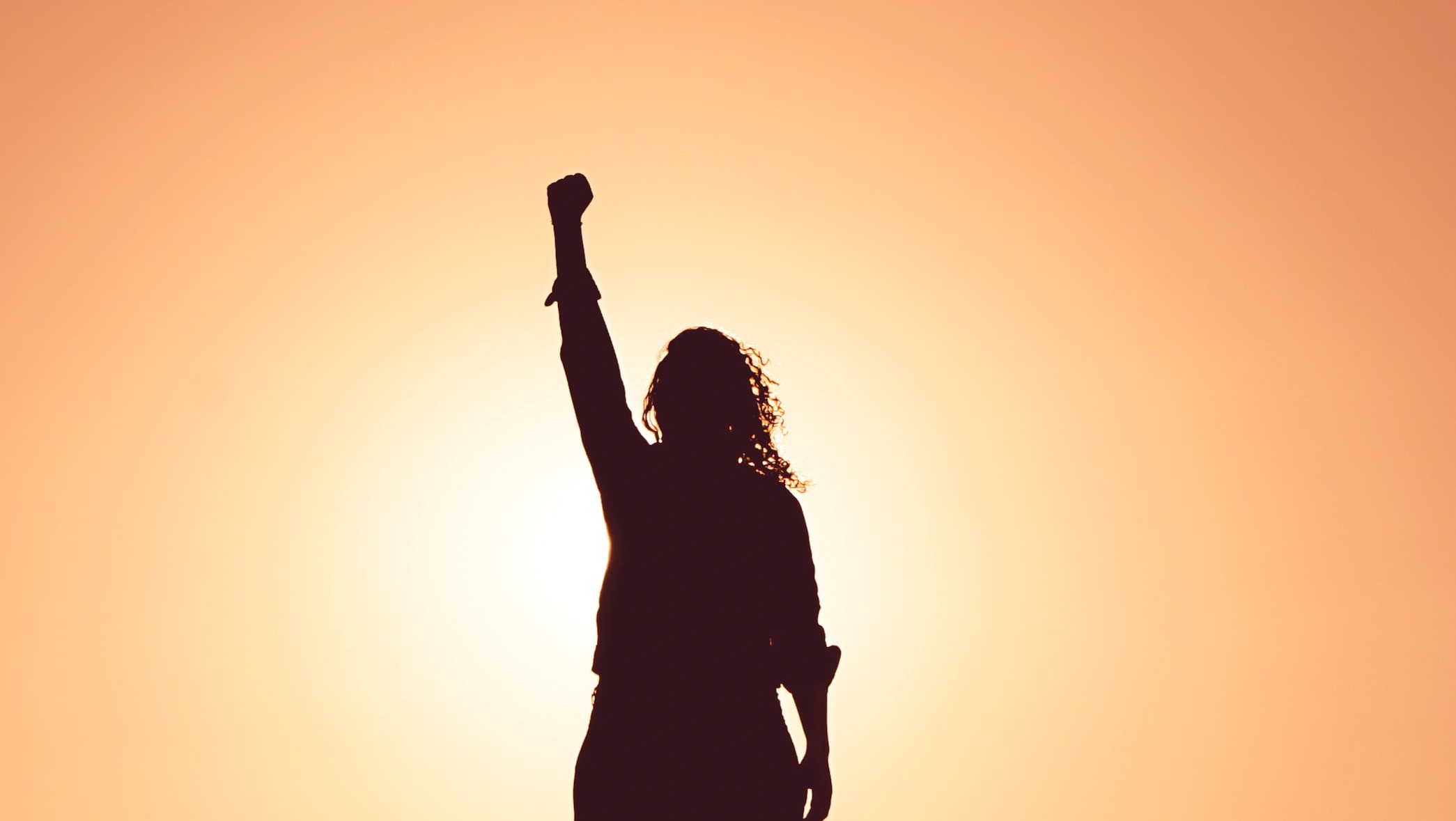 The process of divorce in India can be daunting and extremely difficult for both men and women who are going through it. Women in India 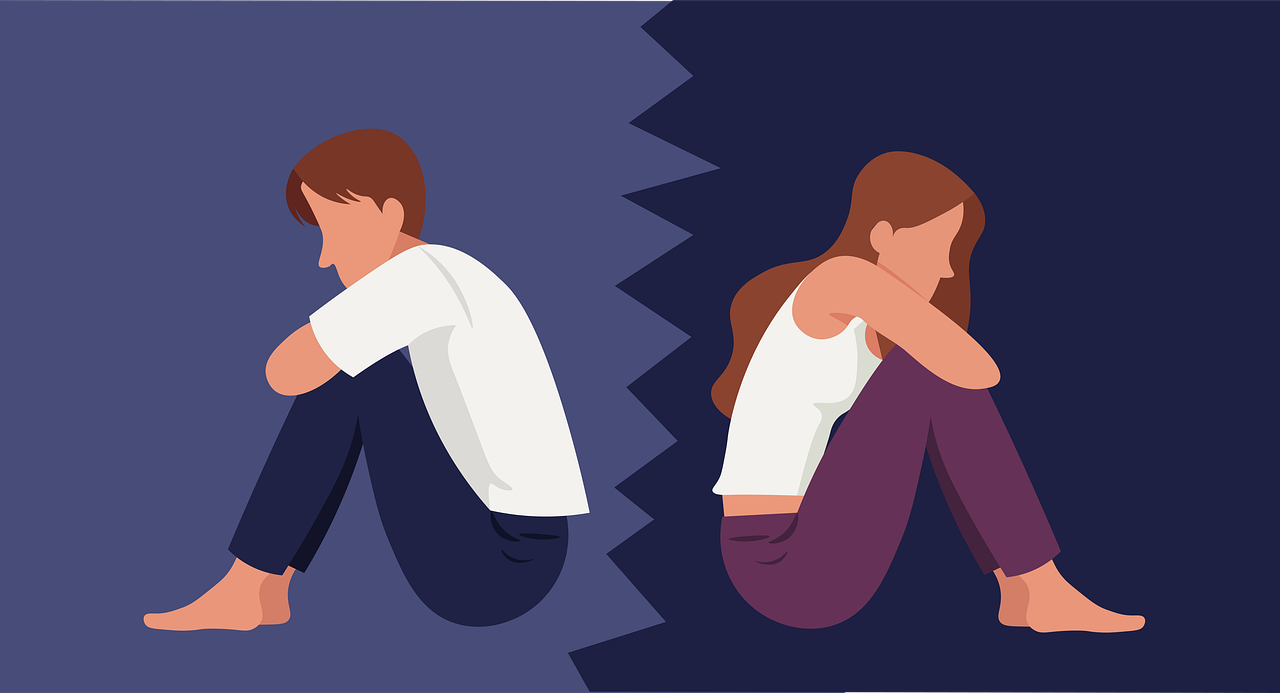 Mutual Divorce Online: How and where to file?

“It is better to come out of a toxic marriage and in case you and your spouse have decided to put an end to this relationship we can be the best online platform for all your needs.”