The most important question which a couple would think while finalising on divorce is – What will be life after divorce? and how to make sure everything goes smooth? – Get your answers here in this post.

Divorce is life-changing. No one can deny that. You are, after all, losing your life partner and the life you’ve built together as a married couple.

Divorce in India has become more prevalent than ever before with many couples deciding to end their marriage due to irreconcilable differences which they cannot overcome anymore or because of extramarital affairs, financial problems etc; divorcees will face challenges like child custody issues and legal battles for property division but there are also benefits to getting divorced such as freedom from domestic violence and abuse, or mental harassment and this can be an opportunity to start life afresh.

Here are the most challenging issues one can face in ones life after divorce.

Want to discuss divorce? Consider us your legal friend – Contact us now!

The very first challenge which a divorcing couple would face is financial stability. It is a challenging time for both parties and the children if they have any.

The couple must figure out how to make ends meet with the new situation of life after divorce, whether it be living separately or in one house together as well as their combined income sources; this can prove difficult at times because there are now two separate households having two different accounts with two different mindsets to handle it which will need financial attention on regular basis-one for each parent and child as well.

It is a common misconception that the only financial responsibility of one’s partner should be his or her share in the joint account on divorce; however, this does not mean you are absolved from paying your own expenses-it might just seem easier to put it all on one person now but there will come a time when they need help and can’t provide at which point like any other couple, both have responsibilities towards each other financially too.

Save money during and after divorce by using these amazing tips

Challenge no. 2: Mental Health of Divorcees

It is essential that divorcing couples work on maintaining their mental wellness during such an emotional phase of life by getting into therapy sessions, following a healthy diet plan consisting mainly of fresh fruits and vegetables, exercising regularly etc.; it would also be wise to avoid alcohol consumption too much.

Generally, we take physical harm seriously than mental harm. But we must realise that a mental scar can not be healed away easily like a physical one.

If you are in a relationship, divorce can be as mentally damaging for the person who gets left behind.

Do not make the mistake of forgetting to take care of your mental health.

No one should be left with the scars of a divorce alone.

It is important to realise that nobody deserves this, and it’s never too late or too early to speak up about what you are going through.

Talking openly will help alleviate some of the pain you may feel after breaking up with someone important in your life.

The most difficult part of such a situation would be determining child custody between two households because as parents you want what’s best for your children and if possible then live with them close by so they don’t miss out much even though they will have to move out of the home.

This could be one of the most difficult challenges divorcees face as it is about who would take care of them and where they live and how often a child sees his or her parent.

The family courts are very helpful in this regard, offering counselling sessions for parents which can help sort things out more easily.

It’s important that any couple going through such a situation should consult their advocates before coming up with an agreement on something like what custody arrangement should be made so there’s no confusion later on when children grow older and want to understand why they were separated from one parent at some point in time.

See, it’s good that you agree and clarify who will be the legal parent for life but we are humans after all.

You will someday realise that the other parent who is not having physical custody of the child might want the child for a few days or months. You must not lose empathy though divorced and have a healthy mutual understanding of child custody.

HOW TO TELL YOUR CHILDREN ABOUT DIVORCE? – READ THIS TO KNOW!

Challenge no. 4: Mental Well-being of Child

Continuing the previous challenge; it’s not easy to deal with a child going through this pain. You must be there for them and you can’t just expect your partner to do it all on his or her own, especially because they are suffering from their losses as well.

Talk about what guardian will take care of them if something happens to both parents simultaneously and ensure that the other parent has access if needed even when he/she does not have physical custody over the children during divorce proceedings.

Commonly the couple leaves the child’s mental well being behind because they are already occupied with other challenges. And this is not their fault, it’s natural.

But, a child has nothing to do with this decision of yours – why should he/she suffer because of a decision made by you?!

Challenge no. 5: Relationship with Family Members and Friends

While planning marriage again after divorce – don’t lose those people who were always by your side before marriage but might have felt neglected because of your newfound love.

Advice: stay in touch with them, don’t stop communicating and try to be friends even if they are not able to do the same for you. Families that communicate well have a better chance of staying together – no matter what happens!

Always remember, the divorce signifies the end of a marriage and not life itself. Don’t stop being alive!

In fact, many divorcees who are mutually ending their marriage on a good note are friends even after divorce and they are better this way than being a husband or a wife.

Society as a whole is good, never judge it because of one person’s behaviour.

Why should you hire us?

Conclusion – life after divorce, A better one!

You have to go through a lot in life and divorce is just an inevitable part of it. Remember that you are going to make it, as long as you take care of yourself!

There will be challenges but they should not bring fear or discouragement because this can lead to more miseries. The best way forward is the path with less resistance. After all, what doesn’t kill us makes us stronger 🙂

We hope these points were helpful for divorcing couples who want advice on how to overcome the challenge ahead after marriage breakdowns. We wish them all the very best! 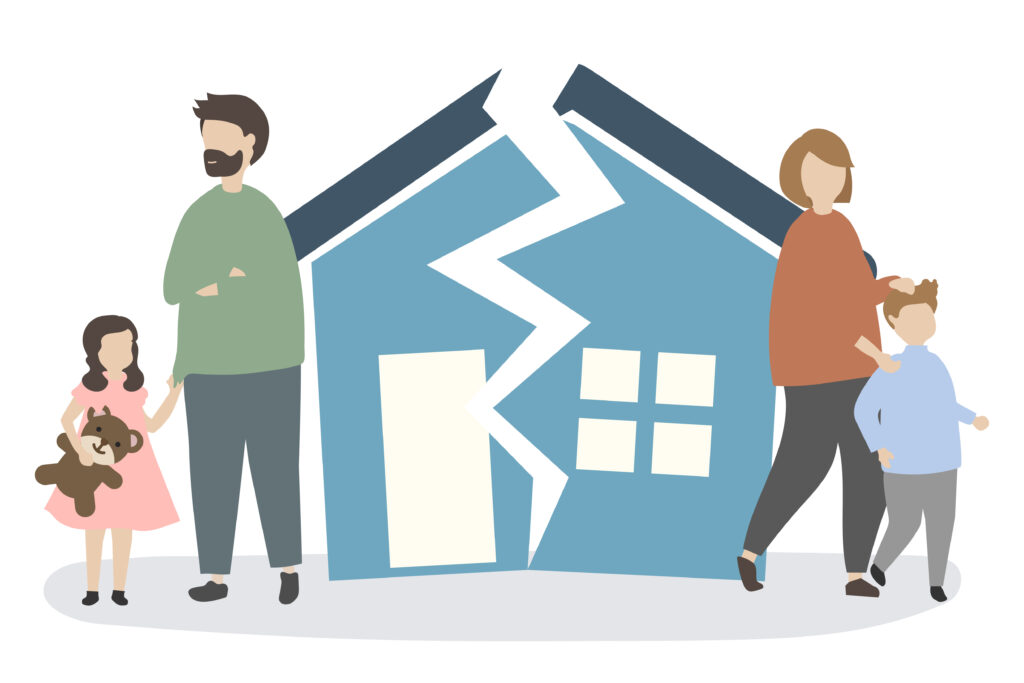